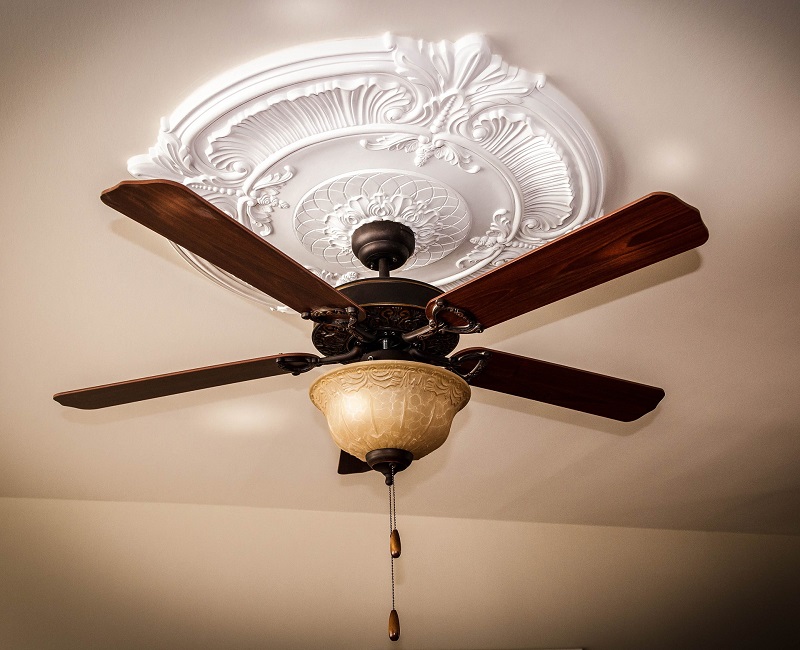 If you have a low ceiling in a room, then a traditional ceiling fan isn’t a good idea. Most ceiling fans have a hanging bracket that keeps the fan about 18-24 inches from the ceiling surface. The math is simple.

An 8-foot ceiling with a ceiling fan that drops down 2 feet means you’ve got 6 feet of clearance. If you’re over 6-foot tall, you’d better duck to avoid having fan blades coming at your eyes!

That’s why the benefits of the best flush-mounted ceiling fans are worth considering if you own a home with low ceilings. You’ll maximize the amount of space you have underneath the fan while minimizing the risks of an unintentional injury.

It All Depends on the Parts of Your Ceiling Fan

If the motor is designed to operate with a down rod, there is a good chance that a surface-mount installation will generate too much heat. That could damage the structure of your ceiling, cause the motor to overheat and stop working, or worse – start a fire.

You May Have One Option Still Available to You

In some instances, you may be able to remove the light kit that comes with certain ceiling fan models. This will give you some extra space for the ceiling fan clearance, though it won’t technically “flush-mount” it for you. The disadvantage here is that you’ll now need a lamp in your room for light, which means another added cost.

Not every ceiling fan will let you remove the light kit, however, so you’ll need to look at that as an option while shopping. That’s why looking for a ceiling fan that is specifically designed to be flush-mounted is often to your advantage.

Is a Flush-Mounted Ceiling Fan Right for You?

Many flush-mounted ceiling fans are designed to move the same amount of air that ceiling fans with a down rod can move. They are able to do this because subtle adjustments to their design and the installation process have been added to maximize airflow in a minimum amount of space.

Other ceiling fans that are not designed to be flush-mounted do not offer this benefit. In the event that you do successfully flush-mount a ceiling fan by removing the down rod, you’ll find that there will be a lot less air moving in your room.