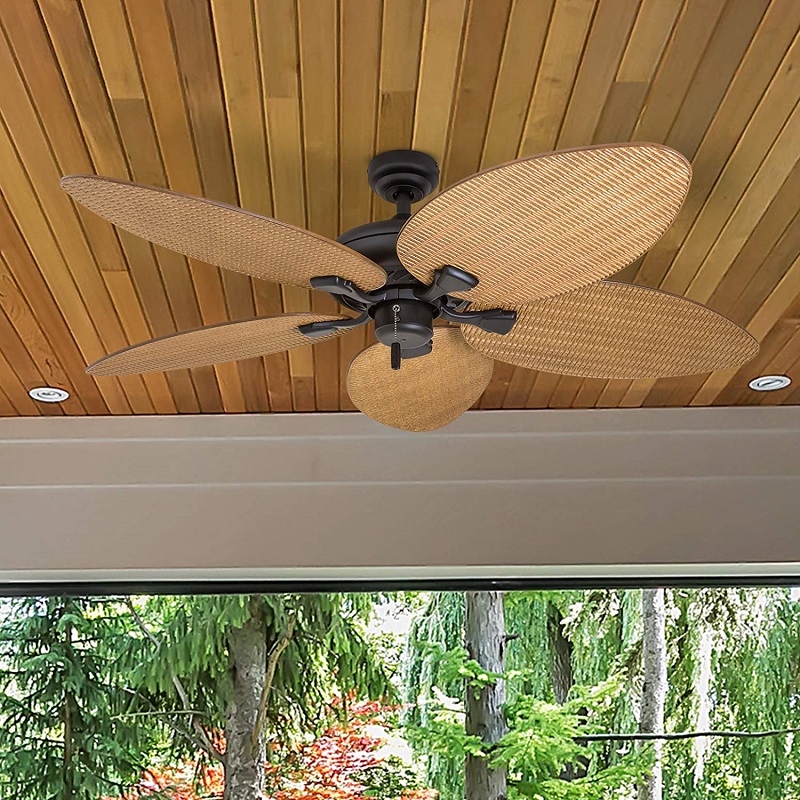 You’re running late, so you dash out the door and hurry off to work. Then you remember that you forgot to shut-off the coffee pot. Do you run back home to prevent it from overheating? You probably should.

Now you remember that you also left the ceiling fan running. Should you turn that off as well? You probably do not.

Whether you own one of the best garage ceiling fans or you have a great ceiling fan for the bedroom, keeping the fan on 24/7 could be beneficial for your home. Not only does the air movement help to regulate the temperature of the room, but it can help to manage pet odors, pull in outdoor air with a window open, and provide numerous other benefits.

Remember, however, that the answer was “probably.” Ceiling fans operate with a motor and motors generate heat. If you are stuck in the depths of a hot summer, the benefit of a ceiling fan is that it will blow cool air down on you. There’s no reason for the fan to be on if no one is in the room in that specific circumstance.

How to Maximize the Monetary Savings of a Ceiling Fan

Just because you install a great ceiling fan in your home doesn’t mean you’ll see an immediate dip in your utility bills. Many homeowners actually see their charges rise when using ceiling fans, especially in climates that are warm 9 months out of the year.

To save energy with a ceiling fan, there are three specific practices that must be incorporated into your daily routine.

In the winter months, it makes sense to keep a ceiling fan running because you’re regulating the temperature in a different way. Hot air rises while cool air settles, so the ceiling fan works to displace the cold air so warmer air is kept near the floor instead of the ceiling.

When you follow these steps, and have a ceiling fan properly installed, it is possible to save up to 15-20% on your heating and cooling bills. Then you must add in the cost of operating your ceiling fans back into that cost savings.

How to Find an Energy Efficient Ceiling Fan

If you are shopping for a ceiling fan that you can leave running, then you will want to look for a model that has been given an Energy Star rating. These ratings are a voluntary certification program that ceiling fan manufacturers partake in with the US Government to prove energy use is maximized.

Other countries have similar programs and certifications as well.

Then, every year, a list of the most energy-efficient ceiling fans is produced by the US Environmental Protection Agency based on the certifications that have been awarded.

With some advanced planning, a ceiling fan can be a tremendous investment opportunity. You can leave them running when necessary or turn them on so you can be comfortable in your own space.

Which ceiling fan will be the best option for your home today?