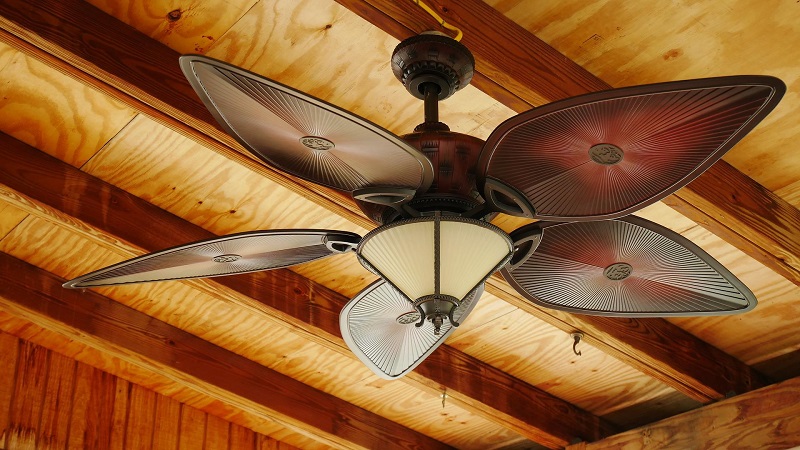 If you watch any home improvement or interior design television show, you’ll see that there is a general dislike for ceiling fans. To be fair, a ceiling fan can be disruptive to the environment of a room. They take up ceiling space, are somewhat difficult to clean, and they create some noise pollution in the home.

On the other hand, ceiling fans can move air efficiently without the need of an additional box fan or an air conditioner. They can make you feel more comfortable without changing the actual temperature of the room. In some homes that struggle with cold air settling, it is a way to feel warmer without changing the thermostat settings.

Are ceiling fans really out of style? The answer to this question will depend on the personal perspective of the individual being asked.

Why Did Ceiling Fans Become Popular?

There are three reasons why ceiling fans became a popular addition to homes around the world over the past generation.

As the popularity of ceiling fans increased, new styles, looks, and finishes became available. Many homeowners could find a ceiling fan that matched their interior design schemes. This resulted in most homes owning at least one ceiling fan over the years.

When Did Ceiling Fans Lose Their Popularity?

Ceiling fans were popular because they were the only real option for homeowners looking to save money while staying comfortable. Since the 1990s, technologies in this industry have evolved, providing consumers with numerous new options for temperature regulation. Personal fans, central air conditioning units, and energy-efficient furnaces with cold air controls have eliminated the need for a ceiling fan in many homes.

Some fans are smaller and even more energy-efficient than a ceiling fan today. That caused the popularity of the ceiling fan to begin dropping.

From a design perspective, the options that ceiling fans offer to complement a look are still available including a range of modern and contemporary ceiling fan designs. Today’s ceiling fan looks to meet personal preferences while working in indoor or outdoor environments.

Ceiling fans are still effective at what they can do. If you like the look of one, then it is a good investment option. If not, then you may look at other technologies.

The bottom line is this: ceiling fans are always going to be around. They have been a staple in homes for more than a generation and will continue to be because of how well they work.